I've always enjoyed playing or working with Marten, he's a great musician, composer and singer, and is always inspired and ready to experiment.

"I'm a Tree" from Marten's 'Faraway Radioland' album here performed by the Quarktet:

The 'Brace of Pistols' is another line up featuring Japanese guitarist Mar Todani from Hiroshima, veteran session and touring drummer Amaury Blanchard, Marten and Mike Cahen. 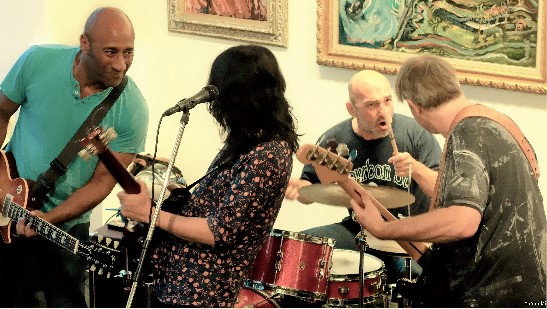